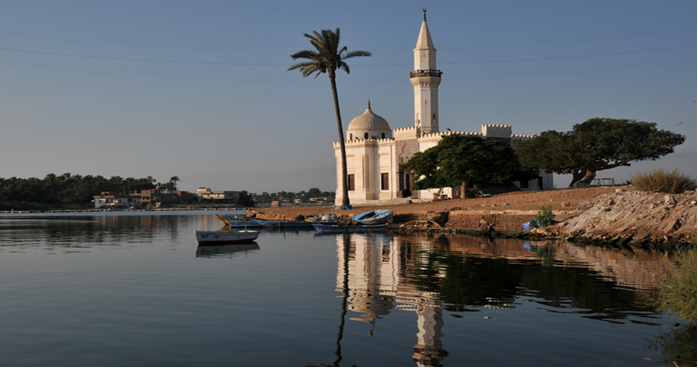 At the end of the Nile’s long journey through Africa, where it finally meets the Mediterranean, lies Rashid*. Just north of that town, standing where the world’s longest river comes to an end, one is at the heart of a profound geo-historic experience. At the town itself, particularly if visited in winter, the historic aspect of the experience takes on a cultural dimension.

Although famous for the so called Rosetta stone, it is not ancient Egyptian monuments that are to be found here. There are none actually, save for a few stone-blocks inscribed with hieroglyphic, taken from other sites and embedded in the staircases of Fort Qaytbey. It is Islamic architecture that gives the town cultural significance. Merchant houses, mills, public-baths and mosques, mostly from the 17th and 18th century, together with cobble stone streets and if you’re lucky some rain make a visit to Rashid a very unique experience (that is not to say that everyone would appreciate it!).

*Rashid is the name ascribed to the town that is the subject of this article, it is also the name of the western branch of the Nile’s, currently, two distributaries. Of course Rashid lies on Rashid. 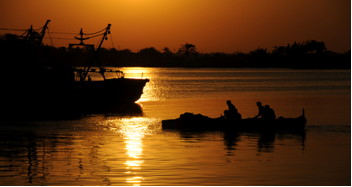 Rashid commands a strategic position, from where invaders in the past could sail on to Cairo and keep Alexandria supplied. That is why it was originally of military rather than commercial importance. During the Mamluki period, Rashid was home to the Mamluki War Fleet and was closed to all foreigners with the exception, at times, of Venetian traders by treaty. 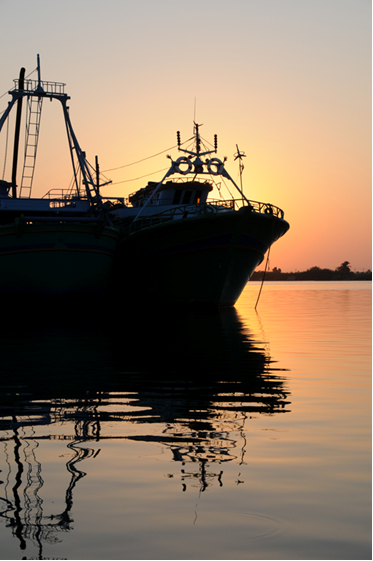 The rise and decline of Rashid as a centre of commerce is closely associated with the history of Alexandria and East-West trade. After the Portuguese found their way around Africa, circumnavigating the continent and establishing direct trade links with India and the Far East. Along with their sabotage of shipping around the Red sea, Alexandria began to lose importance as trade was diverted away from the Red sea -Nile-Mediterranean route to that of the cape of "good hope";(for some, and of lost fortune for others).

The Mamlukes having lost their chief source of income from this diversion, tried to revert trade back to the old routes, but even with Ottoman assistance could not overcome the Portuguese. Having expended much resources in their conflict with the Portuguese, resources already drained by the cause of the conflict, add the internal corruption of the Mamluki state; all lead to the demise of the Mamlukes and of Alexandria.

As the city lost importance, the canal linking Alexandria with the Nile was neglected, inundated with sand and dried up most of the year, not only severing direct contact with the rest of Egypt via a navigable waterway, but limiting the amount of fresh water available for the city’s subsistence.

The Ottomans by that time saw that the Mamlukes were weak enough to overthrow and took Egypt following the Levant. The Ottomans succeeded in driving the Portuguese out of the Red sea, ending their blockade of the straits of Bab el-Mandab and with a touch of cross-Mediterranean diplomacy managed to revert some of the trade back to the old routes. But now Alexandria had no nautical-link to the Nile, so the preferred route of transport was for goods to be shipped from Cairo via the Nile and stored in Rashid where they were later shipped by small coast-fairing vessels to Alexandria. Eventually, much trade was diverted from Alexandria to Rashid itself, which already had a monopoly over the trade of many grains, particularly rice. Dumyat played a similar role, and so in Ottoman times Rashid along with Dumyat, as maybe be seen in western history texts, were not designated as ‘’towns’’ but as ‘’port cities’’, and took over commerce from Alexandria. Rashid was to flourish for the next three centuries. 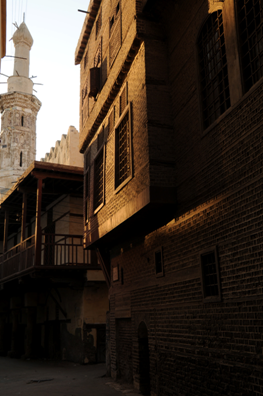 Enter the French: Napoleon‘s eastern campaign saw one of its most important achievements, if it may be so attributed, and on the cultural not the military front, take place here i.e. the Rosetta stone. Relevant to this campaign also, on the political sphere, is the weakening of Ottoman influence in the region. 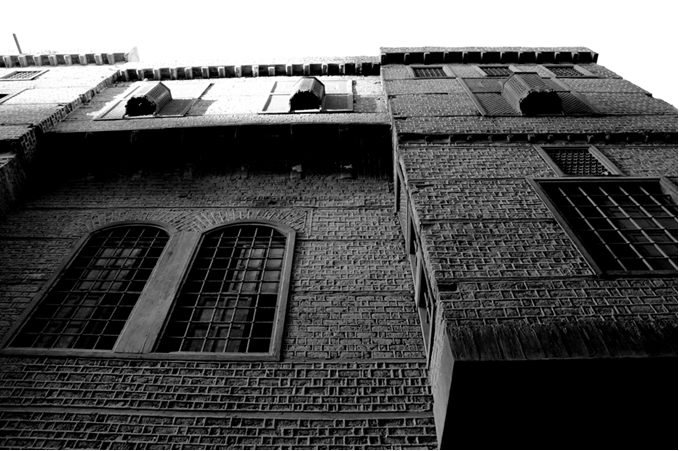 A brief encounter with the British: After the French were expelled. The British, after occupying Alexandria in 1807, aware of Rashid’s strategic importance, tried to take the town in their first attempt to occupy Egypt; the Frazer campaign The British were defeated after suffering heavy losses and British occupation of Egypt was to be postponed another three quarters of a century. Rashid saw the greater part of that defeat.

The Ottomans weakened regionally by the war with the French, the British repelled and the remaining Mamlukes dead or fleeing; Mohamed Ali Pasha secured his rule of Egypt. Amongst his many enterprises, he decided to restore the Canal linking Alexandria to the Nile, to be later called the Mahmudiya canal. The reason for this seems to be that Rashid being at the mouth of the Nile was subject to annual floods that left large deposits of silt, advancing the coast northwards, also acting on the Nile banks, and making the presence of a permanent harbor and berth not possible. In addition to the difficulty of navigating the entry into the Nile, and the introduction of larger ships; all of that added to the fact that Rashid could not completely replace Alexandria as Egypt’s main port on the Mediterranean.

With Alexandria having restored its nautical-link to the Nile and secured a supply of fresh water sufficient for a city, trade was to be redirected back to it, and Rashid, after three centuries of prosperity, was to suffer commercially and slowly decline to its present condition.

A note on the ancient history of Rashid

At a river’s mouth a balance exists between the river and the body of water into which it flows. Like other Deltas that of the Nile is subject to subsidence, so the northern part of the Delta is sinking earthwards. Add to this the fact that the sea is rising, coupled with the Mediterranean’s coastal currents, all should result in the erosion of the Delta’s northern edge. In the past, the factors just mentioned excluding the rise in sea level, were countered by the Nile’s flow and the sediment it carried and deposited. With the Nile’s formerly strong discharge, sediment replaced and added to the coastal soil that had sunk, with greater force than that of the forces of erosion. Thus the Nile Delta was expanding seawards. After the Aswan dam was constructed, together with the water diverted to a huge network of irrigation canals, the Nile’s discharge has been seriously reduced, silt which had replenished the coastal soil has been curbed and the balance has shifted in favour of the sea. The Nile Delta is now shrinking. The government is building seawalls to prevent the seawater intrusion but the erosion continues albeit at a considerably slower rate.

Built over silt deposited by the annual Nile floods; main-town Rashid is located now 7 kilometers to the south and to the east of the shoreline, its center at 31 24’ N and 30 25’ E, but was it originally nearer the seashore. It is difficult in this part of Egypt’s north coast to determine exactly which areas were on the shoreline, which were inland and which were part of the sea (Unfortunately, past historians did not mention the exact coordinates of the centers of settlements in WGS-84!). As mentioned, in the past, the terrain was expanding into the sea. This process was reversed, and the sea started eating into the land. From the time records were kept, it is estimated the shoreline moved out seawards about 3 kilometers from 1800 to 1900. Other studies estimate the rate of Delta expansion into the sea for the past few thousand years at 1 to 1.5 km a century. At around 1910, land would begin to retreat, giving way to the Mediterranean. Fort Qaytbey which is now 4 km inland was originally built next to the shore at A.D 1472. Thus the present site of Rashid should have been part of the Mediterranean sea in ancient Egyptian times. It has been suggested that tell-AboMandour which is now 9 km inland, that is 5 km from Fort Qaytbey, is the site of ancient Bolbitine, the earlier-settlement, the ruins over which Rashid was supposedly founded. But this seems inconsistent with the alluvial trend just mentioned. As this area should have been part of the sea at that time. Perhaps it was an island, its elevation permits. In any case, one must be careful when reading anything about the ancient origins of any settlement on the northern edges of the Delta as that edge, geo-historically speaking, is quite dynamic. So whether Bolbitine is Coptic Rachit is as much uncertain as whether Rachit really evolved into Rashid or are they all different settlements. The Encyclopedia Britannica simply states that Rashid was founded in A.D 800 by the Abbasside Caliph Harun al-Rashid, and whence the name. One thing seems certain is that the two settlements were near the Nile’s mouth on its Bolbitinic branch, when/wherever that was. Excavations at AboMandour can help clarify much of this. 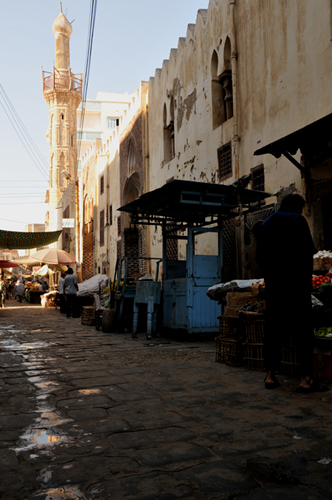 No longer a port and center of trade, having lost ground to Alexandria, not to mention the construction of the Suez canal and the end of the Red sea –Nile-Mediterranean trade route, the Nile having been subtracted from the latter. Its economy now revolves around other Nile river activity; it has a ship building industry, producing fishing boats and diving yachts, and the Nile there is covered with fish farms. It also has some lumber mills and a large number of brick factories can be seen just north of the town. Rashid is surrounded by palm orchards. Amidst the palms, rice and fruit are usually grown. 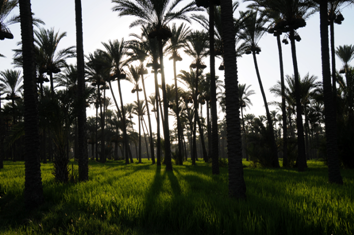 The town has tourist potential, yet to be realized. There’s only one hotel and two pensions at present. But a visit would normally require no more than a day if initiated early enough from Alexandria, which is a little less than an hours’ drive away.

The historic sites are subject to continuous restoration, so what is open to the public at one time is not guaranteed to be open at others, and there’s no schedule announced on this matter. At the time of writing this article, there were approximately ten to twelve buildings whose restoration appeared complete, from the outside at least. Only two were open to the public. The following buildings are of interest and are also those more likely to be open for visitors: The house of Arab Kily (now the Rashid museum), the Abu Shahin Mill, Hamam Azzouz (early 19th century public bath), the house of Amasily and the house of Mayzouni. Very picturesque also is the mosque of AboMandour at the southern fringes of the town. With the exception of AboMandour, the sites mentioned and others are all a walking-distance from each other and the locals as anywhere else in Egypt are more than happy to give directions. 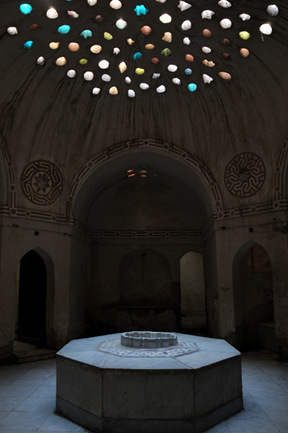 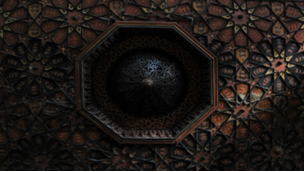 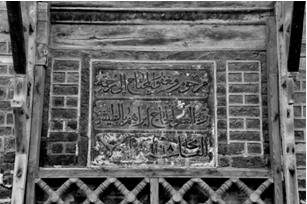 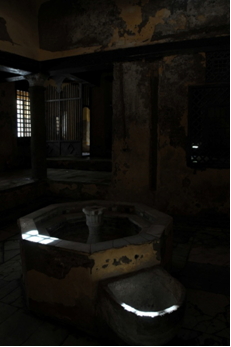 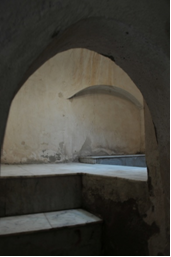 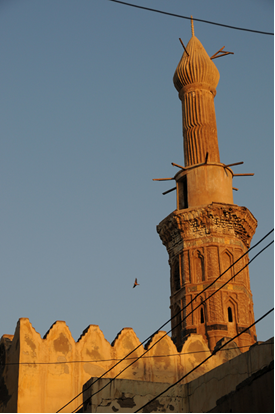 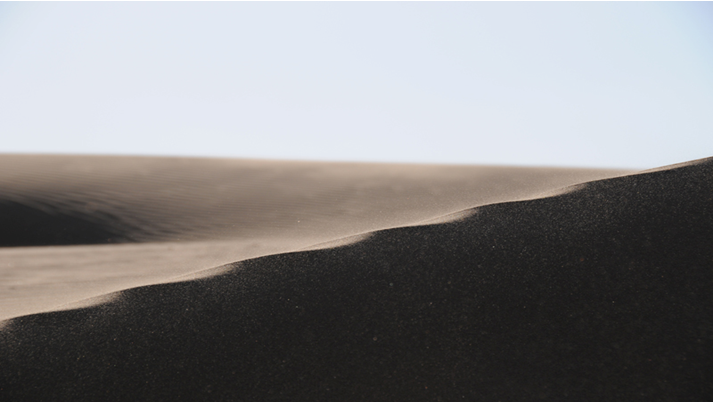